The attack on Jeremy Corbyn at the Muslim Welfare House 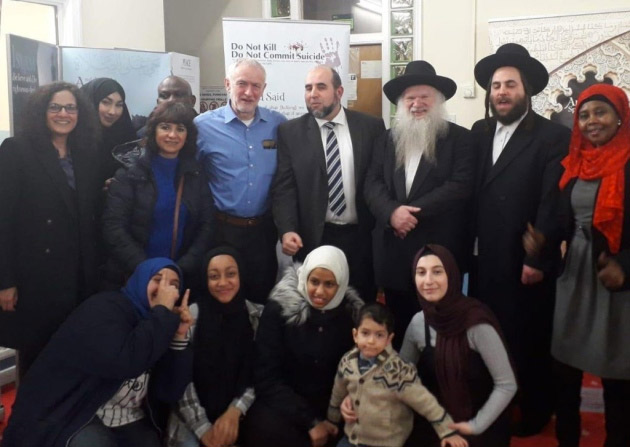 The Muslim Welfare House in London opened its doors today to visitors as part of the national Visit My Mosque Day. Among the visitors was the RH Mr. Jeremy Corbyn, leader of the Labour Party. To the utter shock and disgust of all present, a man attacked Corbyn and caused disruption. The attacker shouted and hurled verbal abuse. He was restrained by the Mosque security/volunteers and the Police were called. The attacker was then arrested by the police. Thanks to God, neither Corbyn nor any visitor were harmed.

Toufik Kacimi, CEO of the Muslim Welfare House said: “We condemn in the strongest terms this outrageous act which has left everyone shocked. Today, the Muslim WelfareHouse joined hundreds of mosques around the country to welcome people of all faiths and none to visit the Mosque, engage in discussion and build . This disgraceful act by this individual is a sign of the hatred and Islamophobia that sadly abound in our
community. We will not let this deter us from cooperating with all groups in building a more cohesive society.”

The management of MWH would like to thank Corbyn for his continuous support for communities under attack and constant scrutiny such as British Muslims. We are confident that the attacker will face the full force of the law.

You have Successfully Subscribed!