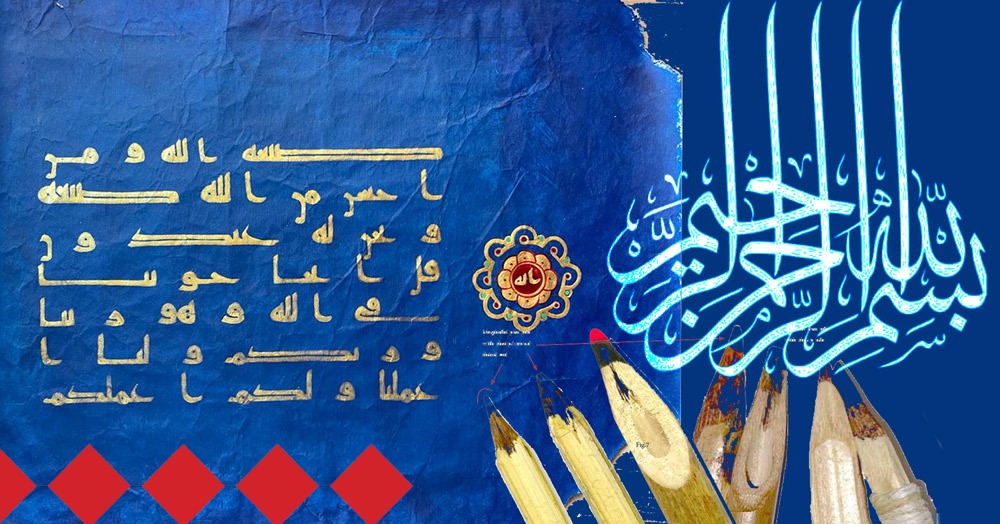 The Unesco Inscribed in 2021 (16.COM) Arabic Calligraphy on the Representative List of the Intangible Cultural Heritage of Humanity. Arabic calligraphy is the artistic practice of handwriting Arabic script in a fluid manner to convey harmony, grace and beauty. The practice, which can be passed down through formal and informal education, uses the twenty-eight letters of the Arabic alphabet, written in cursive, from right to left. Originally intended to make writing clear and legible, it gradually became an Islamic Arab art for traditional and modern works. The fluidity of Arabic script offers infinite possibilities, even within a single word, as letters can be stretched and transformed in numerous ways to create different motifs.

Traditional techniques use natural materials, such as reeds and bamboo stems for the Qalam, or writing instrument. A mixture of honey, black soot and saffron is used for the ink, and the paper is handmade and treated with starch, egg white and alum. Modern calligraphy commonly uses markers and synthetic paint, and spray paint is used for calligraffiti on walls, signs and buildings. Artisans and designers also use Arabic calligraphy for artistic enhancement, such as for marble and wood carving, embroidery and metal etching. Arabic calligraphy is widespread in Arab and non-Arab countries and is practised by men and women of all ages. Skills are transmitted informally or through formal schools or apprenticeships.

Thanks you. We've sent you a confirmation email.

Get our latest events and activities

Thank you, you are now one of our amazing subscribers :)

We will never share your infos with any other party.