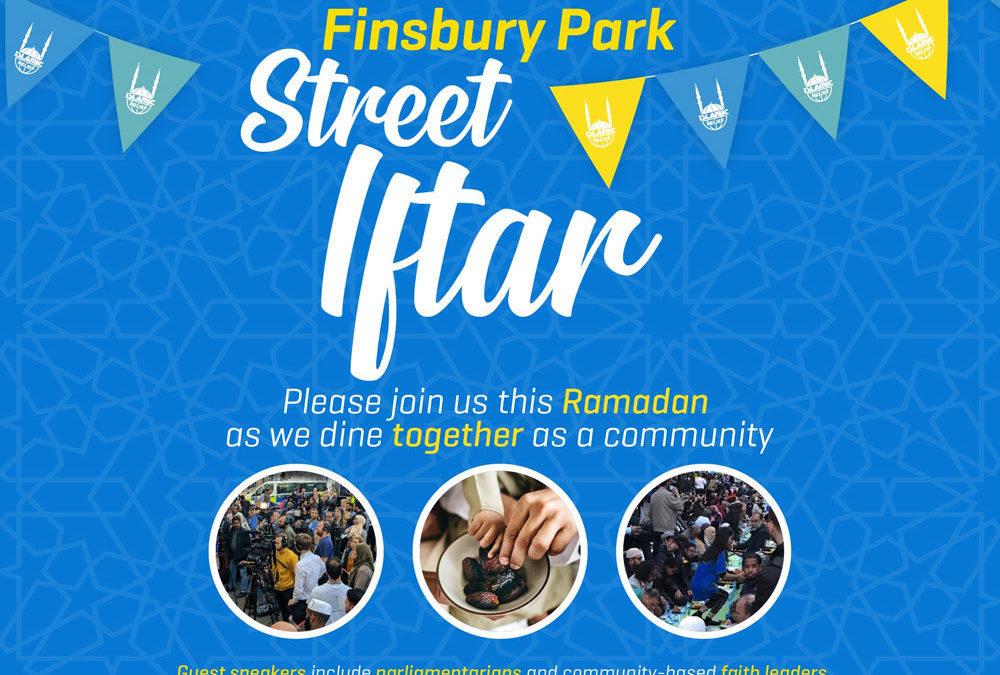 The Street Iftar returns for the third year after stopping for two consecutive years due to the Covid-19 pandemic, which was attended by guest speakers including parliamentarians, local government representatives and community-based faith leaders.

The event was organised on Tuesday 19th April 2022, and attended by over 1,500 people from different Faiths & backgrounds in Finsbury Park. It was the idea of both Muslim Welfare House and Finsbury Park Mosque which came after the terrorist attack in 2017.

The Street Iftar aims to bring people together during The month of Ramadan and share the spirit of this month of tolerance, cooperation and support the charitable efforts that the holy month calls for and to show solidarity and to silence hatred.

This year the event was sponsored by Islamic Relief and supported by Islington Council. 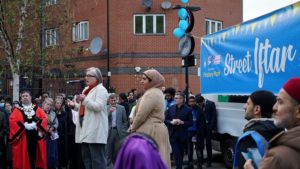 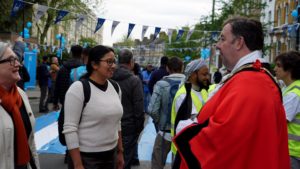 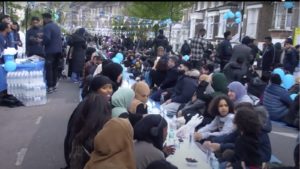 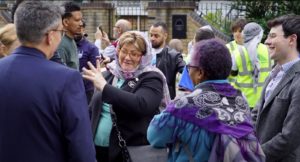 Info on the street Iftar:
We are writing to invite you at this year’s Finsbury Park Street Iftar, celebrating Ramadan and London’s inspirational community spirit. With the full support of Islington Council, this street iftar is organised by Finsbury Park Mosque, Muslim Welfare House, and the UK’s leading British Muslim charity, Islamic Relief, on;

Ramadan is a hugely important month in the Muslim calendar – a time of spiritual reflection and abstinence from food and drink, which serves as a poignant reminder of the suffering of the world’s poverty-stricken communities.

At this year’s gathering, the first since the onset of the pandemic, we expect between 1200-1500 people of all faiths and none, where many notable figures will be in attendance including local government representatives, MPs, and community leaders.

A key pillar of our faith is to be charitable and, in this month alone, the British Muslim community raised over £150 million for charitable projects in the UK and internationally. Domestically, mosques such as Muslim Welfare House and Finsbury Park Mosque help to facilitate this important work. Islamic Relief has been highly commended for spearheading various domestic projects, most notably partnering with a range of local community-based and national organisations to help support and empower disadvantaged individuals and communities across the country with a focus on: building resilience to poverty, empowering women, supporting refugees and asylum-seekers as well as youth and family development.

The Street Iftar Party was first organised in June 2017, just days after the terror attack in Finsbury Park Area on Muslim worshipers during the month of Ramadan. This called for the coalescent of communities to silence hatred and empower harmony and resilience, providing a platform for us all to stand in solidarity with ‘hope’.

We hope you can join this street iftar to help us celebrate this renewed commitment towards a united British society.

With respect and kind regards,

Thanks you. We've sent you a confirmation email.

Get our latest events and activities

Thank you, you are now one of our amazing subscribers :)

We will never share your infos with any other party.